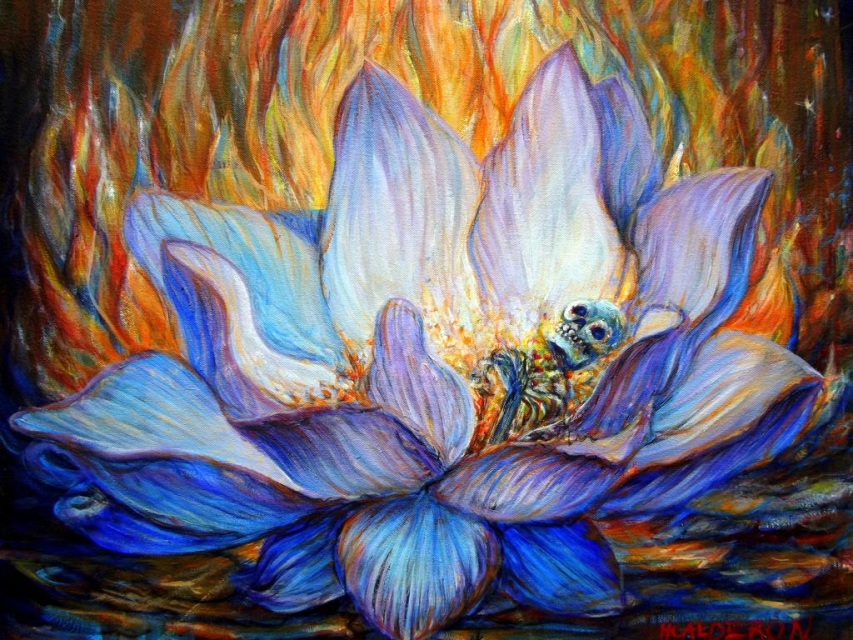 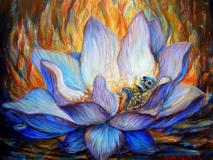 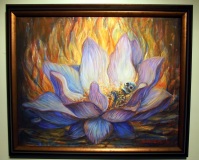 Despierto' took an interesting turn as a painting that eventually became a different painting! I originally titled it 'En Fuego' because it was originally a skeleton lying horizontally in the center of a large fire.  I wanted a cleansing and purifying element in this piece.  When I thought I had completed the painting, it just didn't feel right.  I felt it was too busy and and chaotic to give me a sense of peace.  The more I looked at it, I saw a flower instead of the flames.  I decided to turn the flames into a lotus flower giving it a feeling of renewal and rebirth.  I titled it 'Despierto' because I think of a flower unfolding it's pedals  and waking up.

Fine Art Originals
Add to Cart
RIP series reflects a peaceful and tranquil side to my paintings.  I pictured skeletons at rest, in one way or another with each back drop, an element of nature or earth;  sky, water and fire.  The spirit of this series is one of cleansing, healing and renewal 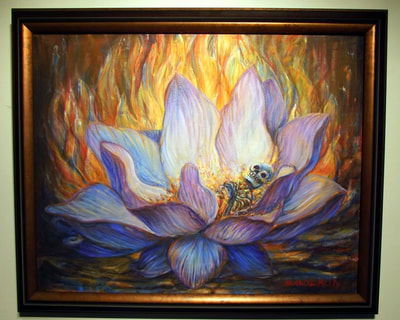 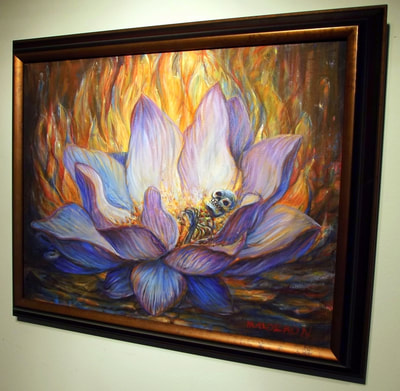 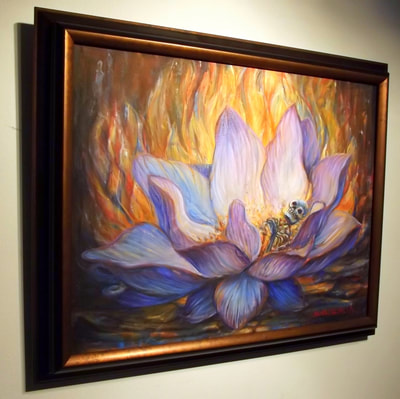 ​More from my online store

Skeleton in the Closet I

Skeleton in the Closet II

Skeleton in the Closet III

Seat of the Soul